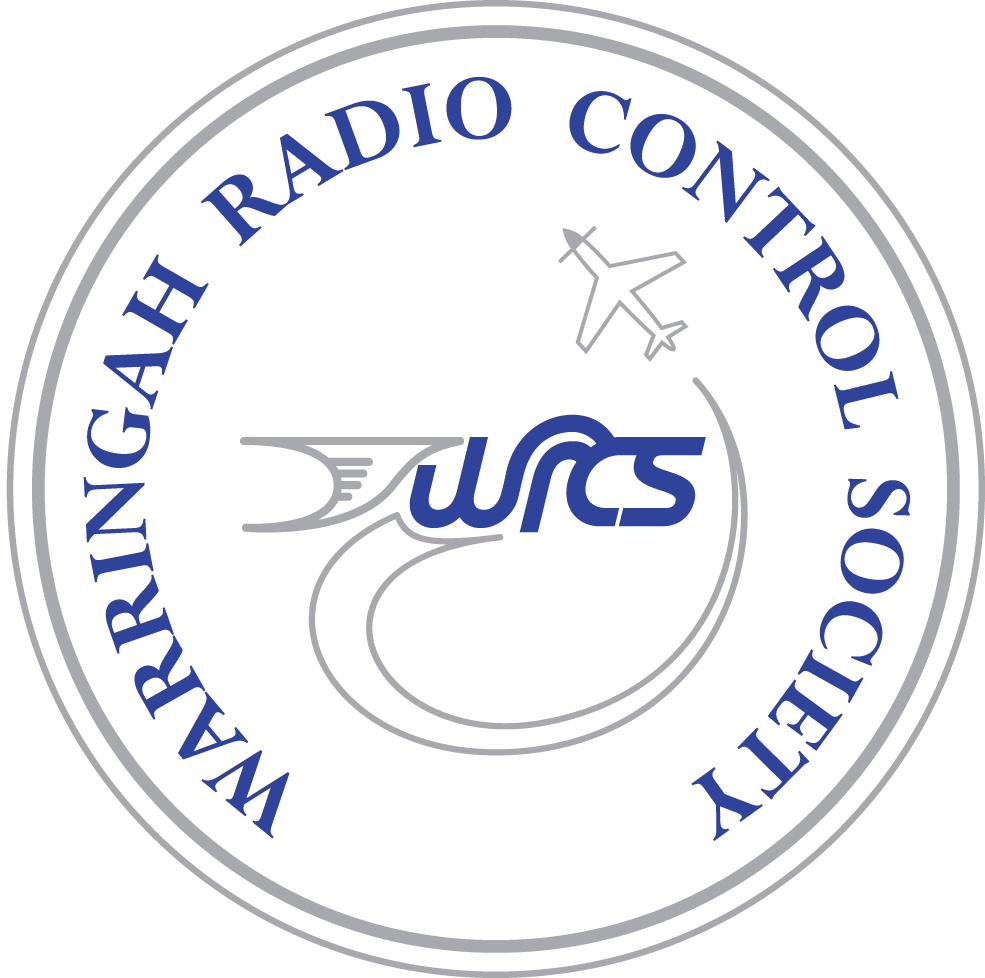 A History Of R/C Technology

Radio control has been around since Nikola Tesla demonstrated a remote control boat in 1898. World War II saw increased development in radio control technology. The Luftwaffe used controllable winged bombs for targeting Allied ships. During the 1930s the Good brothers Bill and Walt pioneered vacuum tube based control units for R/C hobby use. Their “Guff” radio controlled plane is on display at the National Aerospace museum. Ed Lorenze published a design in Model Airplane News that was built by many hobbyists. Later, after WW2, in the late 1940s to mid 1950 many other R/C designs emerged and some were sold commercially, Berkeley’s Super Aerotrol, was one such example.

Originally simple ‘on-off’ systems, these evolved to use complex systems of relays to control a rubber powered escapement’s speed and direction. In another more sophisticated version developed by the Good brothers called TTPW, information was encoded by varying the signal’s mark/space ratio (pulse proportional). Commercial versions of these systems quickly became available. The tuned reed system brought new sophistication, using metal reeds to resonate with the transmitted signal and operate one of a number of different relays. In the 1960s the availability of transistor-based equipment led to the rapid development of fully proportional servo-based “digital proportional” systems, achieved initially with discrete components, again driven largely by amateurs but resulting in commercial products. In the 1970s, integrated circuits made the electronics small, light and cheap enough for the 1960s-established multi-channel digital proportional systems to become much more widely available.

In the 1990s miniaturised equipment became widely available, allowing radio control of the smallest models, and by the 2000s radio control was commonplace even for the control of inexpensive toys. At the same time the ingenuity of modellers has been sustained and the achievements of amateur modelers using new technologies has extended to such applications as gas-turbine powered aircraft, aerobatic helicopters and submarines.

Before radio control, many models would use simple burning fuses or clockwork mechanisms to control flight or sailing times. Sometimes clockwork controllers would also control and vary direction or behaviour. Other methods included tethering to a central point (popular for model cars and hydroplanes), round the pole control for electric model aircraft and control lines (called u-control in the US) for internal combustion powered aircraft.

The advent of transistors greatly reduced the battery requirements, since the current requirements at low voltage were greatly reduced and the high voltage battery was eliminated. Low cost systems employed a superregenerative transistor receiver sensitive to a specific audio tone modulation, the latter greatly reducing interference from 27 MHz Citizens’ band radio communications on nearby frequencies. Use of an output transistor further increased reliability by eliminating the sensitive output relay, a device subject to both motor-induced vibration and stray dust contamination.

In both tube and early transistor sets the model’s control surfaces were usually operated by an electromagnetic escapement controlling the stored energy in a rubber-band loop, allowing simple rudder control (right, left, and neutral) and sometimes other functions such as motor speed, and kick-up elevator.[1]

In the late 1950s, RC hobbyists had mastered tricks to manage proportional control of the flight control surfaces, for example by rapidly switching on and off reed systems, a technique called “skillful blipping” or more humorously “nervous proportional”.[2]

By the early 1960s transistors had replaced the tube and electric motors driving control surfaces were more common. The first low cost “proportional” systems did not use servos, but rather employed a bidirectional motor with a proportional pulse train that consisted of two tones, pulse-width modulated (TTPW). This system, and another commonly known as “Kicking Duck/Galloping Ghost”, was driven with a pulse train that caused the rudder and elevator to “wag” though a small angle (not affecting flight owing to small excursions and high speed), with the average position determined by the proportions of the pulse train. A more sophisticated and unique proportional system was developed by Hershel Toomin of Electrosolids corporation called the Space Control. This benchmark system used two tones, pulse width and rate modulated to drive 4 fully proportional servos, and was manufactured and refined by Zel Ritchie, who ultimately gave the technology to the Dunhams of Orbit in 1964. The system was widely imitated, and others (Sampey, ACL, DeeBee) tried their hand at developing what was then known as analog proportional. But these early analog proportional radios were very expensive, putting them out of the reach for most modelers. Eventually, single-channel gave way to multi channel devices (at significantly higher cost) with various audio tones driving electromagnets affecting tuned resonant reeds for channel selection.

Multi-channel developments were of particular use to aircraft which really needed a minimum of three control dimensions (yaw, pitch and motor speed), as opposed to boats which can be controlled with two or one. Radio control ‘channels’ were originally outputs from a reed array, in other words, a simple on-off switch. To provide a usable control signal a control surface needs to be moved in two directions, so at least two ‘channels’ would be needed unless a complex mechanical link could be made to provide two-directional movement from a single switch. Several of these complex links were marketed during the 1960s, including the Graupner Kinematic Orbit, Bramco, and Kraft simultaneous reed sets.

Doug Spreng is credited with developing the first “digital” pulse-width feedback servo and along with Don Mathis developed and sold the first digital proportional radio called the “Digicon” followed by Bonner’s Digimite, and Hoovers F&M Digital 5.

With the electronics revolution, single-signal channel circuit design became redundant and instead, radios provided coded signal streams which a servomechanism could interpret. Each of these streams replaced two of the original ‘channels’, and, confusingly, the signal streams began to be called ‘channels’. So an old on/off 6-channel transmitter which could drive the rudder, elevator and throttle of an aircraft was replaced with a new proportional 3-channel transmitter doing the same job. Controlling all the primary controls of a powered aircraft (rudder, elevator, ailerons and throttle) was known as ‘full-house’ control. A glider could be ‘full-house’ with only three channels.

Soon a competitive marketplace emerged, bringing rapid development. By the 1970s the trend for ‘full-house’ proportional radio control was fully established. Typical radio control systems for radio-controlled models employ pulse-width modulation (PWM), pulse-position modulation (PPM) and more recently spread-spectrum technology, and actuate the various control surfaces using servomechanisms. These systems made ‘proportional control’ possible, where the position of the control surface in the model is proportional to the position of the control stick on the transmitter.

PWM is most commonly used in radio control equipment today, where transmitter controls change the width (duration) of the pulse for that channel between 920 μs and 2120 μs, 1520 μs being the center (neutral) position. The pulse is repeated in a frame of between 10 and 30 milliseconds in length. Off-the-shelf servos respond directly to servo control pulse trains of this type using integrated decoder circuits, and in response they actuate a rotating arm or lever on the top of the servo. An electric motor and reduction gearbox is used to drive the output arm and a variable component such as a resistor “potentiometer” or tuning capacitor. The variable capacitor or resistor produces an error signal voltage proportional to the output position which is then compared with the position commanded by the input pulse and the motor is driven until a match is obtained. The pulse trains representing the whole set of channels is easily decoded into separate channels at the receiver using very simple circuits such as a Johnson counter. The relative simplicity of this system allows receivers to be small and light, and has been widely used since the early 1970s. Usually a single-chip 4017 decade counter is used inside the receiver to decode the transmitted multiplexed PPM signal to the individual “RC PWM” signals sent to each RC servo.[3][4][5] Often a Signetics NE544 IC or a functionally equivalent chip is used inside the housing of low-cost RC servos as the motor controller—it decodes that servo control pulse train to a position, and drives the motor to that position.[6]

More recently, high-end hobby systems using Pulse-Code Modulation (PCM) features have come on the market that provide a digital bit-stream signal to the receiving device instead of analog type pulse modulation. Advantages include bit error checking capabilities of the data stream (good for signal integrity checking) and fail-safe options including motor (if the model has a motor) throttle down and similar automatic actions based on signal loss. However, those systems that use pulse code modulation generally induce more lag due to lesser frames sent per second as bandwidth is needed for error checking bits. PCM devices can only detect errors and thus hold the last verified position or go into failsafe mode. They cannot correct transmission errors.

In the early 21st century, 2.4 gigahertz (GHz) transmissions have become increasingly utilised in high-end control of model vehicles and aircraft. This range of frequencies has many advantages. Because the 2.4 GHz wavelengths are so small (around 10 centimetres), the antennas on the receivers do not need to exceed 3 to 5 cm. Electromagnetic noise, for example from electric motors, is not ‘seen’ by 2.4 GHz receivers due to the noise’s frequency (which tends to be around 10 to 150 MHz). The transmitter antenna only needs to be 10 to 20 cm long, and receiver power usage is much lower; batteries can therefore last longer. In addition, no crystals or frequency selection is required as the latter is performed automatically by the transmitter. However, the short wavelengths do not diffract as easily as the longer wavelengths of PCM/PPM, so ‘line of sight’ is required between the transmitting antenna and the receiver. Also, should the receiver lose power, even for a few milliseconds, or get ‘swamped’ by 2.4 GHz interference, it can take a few seconds for the receiver – which, in the case of 2.4 GHz, is almost invariably a digital device – to re-sync.

Click on the image below for another interesting article