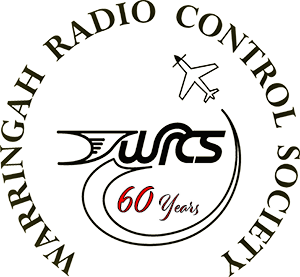 The term gas is often a generic one used to cover all types of ic (internal combustion) power, but this page mainly refers to the most popular kind – glow plug or ‘nitro’ powered planes. If you’re in north america, the word gas commonly refers to gasoline (petrol), so my apologies in advance for any confusion! But with that said, ic airplane characteristics are all very similar, regardless of the exact fuel type and where you are in the world!

Glow, glow plug and nitro are just different names for exactly the same power type and generally speaking such planes account for the majority found at your average rc airplane club field; although electric planes are equally as popular these days (perhaps more so), a glow plug powered airplane isn’t as suitable for flying in public places such as parks, so they tend to be more restricted to club sites.
Petrol (gasoline) powered rc planes aren’t as common as glow powered ones, but in recent times rc engine manufacturers have been concentrating their efforts on producing more, and smaller, petrol engines and they are becoming more popular.

Just a few companies were mass-producing them, mostly from foam, and traditional builders probably saw them as a flash-in-the pan novelty!
But electric power had truly arrived and the relative low cost and convenience of ep bundled in to an all-in-one package proved irresistible to the beginner. At the time it was hard to imagine just how popular rtf ep planes would become, but with hindsight it’s not at all surprising!

There are many types of radio-controlled aircraft. For beginning hobbyists, there are park flyers and trainers. For more experienced pilots there are glow plug engine, electric powered and sailplane aircraft. For expert flyers, jets, pylon racers, helicopters, autogyros, 3d aircraft, and other high-end competition aircraft provide adequate challenge. Some models are made to look and operate like a bird instead. Replicating historic and little known types and makes of full-size aircraft as “Flying scale” models, which are also possible with control line and free flight types of model aircraft, actually reach their maximum realism and behavior when built for radio-control flying.

Perhaps the most realistic form of aeromodeling, in its main purpose to replicate full-scale aircraft designs from aviation history, for testing of future aviation designs, or even to realize never-built “Proposed” aircraft, is that of radio-control scale aeromodeling, as the most practical way to re-create “Vintage” full-scale aircraft designs for flight once more, from long ago. Rc scale model aircraft can be of any type of steerable airship lighter-than-air (lta) aviation craft, or more normally, of the heavier-than-air fixed wing glider/sailplane, fixed-wing single or multi-engine aircraft, or rotary-wing aircraft such as autogyros or helicopters.

Full-scale aircraft designs from every era of aviation, from the “Pioneer era” and world war I’s start, through to the 21st century, have been modeled as radio-control scale model aircraft. Builders of RC scale aircraft can enjoy the challenge of creating a controllable, miniature aircraft that merely “Looks” like the full scale original in the air with no “Fine details”, such as a detailed cockpit, or seriously replicate many operable features of a selected full scale aircraft design, even down to having operable cable-connected flight control surfaces, illuminated navigation lighting on the aircraft’s exterior, realistically retracting landing gear, etc. If the full-sized aircraft possessed such features as part of its design.

Hobbyists that have gained some experience in constructing and flying from kits and plans will often venture into building custom planes from scratch. This involves finding drawings of full-sized aircraft and scaling these down, or even designing the entire airframe from scratch. It requires a solid knowledge of aerodynamics and a plane’s control surfaces. Plans can be drawn up on paper or using cad software.

Radio-controlled helicopters, although often grouped with rc aircraft, are in a class of their own because of the vast differences in construction, aerodynamics and flight training. Hobbyists will often venture from planes, to jets and to helicopters as they enjoy the challenges, excitement and satisfaction of flying. Some radio-controlled helicopters have photo or video cameras installed and are used for aerial imaging or surveillance. Newer “3d” radio-control helicopters can fly inverted with the advent of advanced swash heads, and servo linkage that enables the pilot to immediately reverse the pitch of the blades, creating a reverse in thrust.

Jets tend to be very expensive and commonly use a micro turbine or ducted fan to power them. Most airframes are constructed from fiber glass and carbon fiber. For electric powered flight which are usually powered by electric ducted fans, may be made of styrofoam. Inside the aircraft, wooden spars reinforce the body to make a rigid airframe . They also have kevlar fuel tanks for the jet a fuel that they run on. Most micro turbines start with propane, burn for a few seconds before introducing the jet fuel by solenoid. These aircraft can often reach speeds in excess of 320 km/h (200 mph). They require incredibly quick reflexes and very expensive equipment, so are usually reserved for the expert. Ready to fly (rtf) airplanes come pre-assembled and usually only require wing attachment or other basic assembly. Typically, everything that is needed is provided, including the transmitter, receiver and battery.

Planes can be built from published plans, often supplied as full-sized drawings with included instructions. Parts normally need to be cut out from sheet wood using supplied templates. Once all of the parts have been made, the project builds up just like a wood kit. A model plane built from scratch ends up with more value because you created the project from the plans. There is more choice of plans and materials than with kits, and the latest and more specialized designs are usually not available in kit form. The plans can be scaled to any desired size with a computer or copy machine, usually with little or no loss in aerodynamic efficiency.